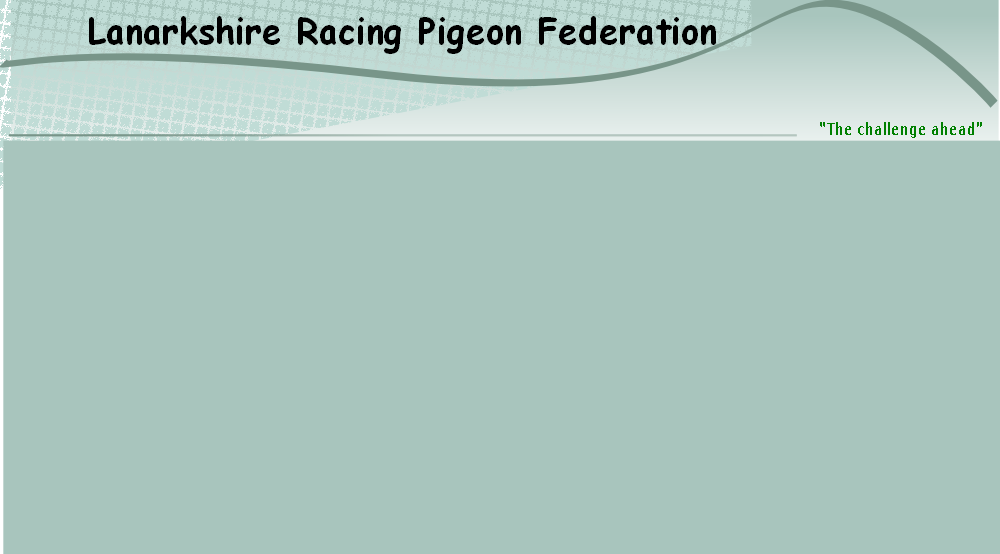 Blantyre Miners Welfare on Friday 25th February was the venue for the 2021 Prize Presentation members to come together and enjoy some post covid pigeon fanciers entertainment .Our social convener John Leggate had organised a top panel for question and answer session, which took place after the trophy presentation. The panel included Ian Stafford (JPS stud), John Cowlin & John Gladwin of Formula 1 lofts. All top pigeon fanciers who have won at every level of competition and well respected throughout Europe!                            Full report with photos can be downloaded here

Around eighty members attended to congratulate fellow members wins from the season 2021. Many organisation don't hold such events and in my opinion the social aspects of the sport are very important for our survival as an organisation. When it’s gone it’s gone!

The array of trophies was fantastic and is a credit to Jim Cameron and John Leggate and John Lawrie for the work that goes into keeping them in top condition.

Our President John Lawrie worked away at presenting everyone in attendance with their awards, with John Leggate to make everything seamless and very enjoyable.

Thanks to all in attendance for the best of order and giving the panel some excellent questions to be answered.

What a cracking buffet was available on the night with plenty of variety for everyone's needs, really cracking value for the small sum of £7 ticket..

Thanks to the panel and Billy Bilsland for their young bird donations, to the federation. Formula 1 youngsters were on display and looked a picture. First ones bred this year out of the best in the loft. Ian Stafford offered the best out of Sprint, Middle or Long distance stock(Have your pick) Billy Bilsland offered the pick of this year’s crop or one the same way bred as his National winner. These birds made into the hundreds, great accolade for those who donated them. Thanks lads!

Thanks Jim and the two Johns for organising a terrific night that flowed extremely well into the early hours of Saturday morning. Thanks to the visitors who in my opinion were the best panel I have listened to for providing quality information on how to manage pigeons.

I hope the guests enjoyed their time in Scotland, I'm sure all who attended took away some knowledge to help improve their racing performances.

Thanks to John Leggate and the Lanarkshire Committee for a very enjoyable evening.

Trophy winners who attended Presentation for their awards

Jim Cameron of Uddingston club wins the Newmains SC trophy for 1st Open federation Kettering on the 22nd June with his yearling cheq hen velocity 1068 for the 274 miles. This hen also wins the Sam Anderson Trophy for the first yearling timed, the Duncan Logan Mem Trophy  for the first hen timed and the J Hannah colour Photo for winning the race. The Shepherd Trophy for the best average both Kettering races and Wetherby YB race with a vel 1094 over the three races.

Peter White of Burnbank club wins the William Wilson Mem Trophy for the highest LRPF velocity in the SNFC Gold Cup race .His 3yr old Dark cheq  cock was not only the best LRPF pigeon he was the best in the SNFC winning 1st Open ,covering the 440 miles on vel 1251.A truly fantastic performance and every fanciers dream!

What a pigeon and a dream season for Andy.

This hen was also voted the best middle distance pigeon in the Titan games Awards.

This hens winnings are £7,500 for the season. Absolute class!

George Macaloney Mem Trophy for best Combined Inland Averages with 54,537 birds competing .The Jim Cameron Colour photo for 1st Open federation Kettering on 19th June where their yearling hen recorded a velocity of 1346,in fact they took the first three in the Open on the same velocity of 1585.They also win the North Section Combine Averages with a velocity of 1180 with 13,932.

The federation all time Champion loft doing what they do best. Brilliant flying Wullie & Paul.

Wilson & Cairns of Cambusnethan & Morningside club. The two Roberts win the P Scott Mem Trophy for first nominated bird in the Yeovil race where their yearling blue pied hen won 46th Open with 444 birds competing for 343 miles in a time of 9hrs 55 minutes.

Jim Forsyth of Coatbridge SC wins the Belt Up Trophy for best young bird average in the North section with 5,002 birds competing over the seven race programme, vel 1031.

Lewis McCalley of Clarkston club .Lewis wins the T Robertson Trophy for winning the young bird Open race from Wetherby,171 miles with 601 birds competing. In fact Lewis had two pigeons arrive together after 5hrs 20 minutes vel 938 winning him the Wm O’Neil Mem Trophy. Lewis has remarkable won this race two year in a row. He wins the J Quinn Mem Trophy for winner of the longest flown young bird race with his blue hen in the 171 miles race from Wetherby. He wins the Wm Findlay Mem Trophy for best opposite sex in the young bird Open race where his blue cock finished 2nd Open. He also wins the Lanarkshire Social Circle Trophy for the lowest velocity in the federation race programme .

Barclay McCrindle & Son of Chapelhall club. This is their first year in the federation and what an impact they made flying young birds only. They topped the federation five from seven races. They win the Henderson Trophy, winning the third young bird race which was Wooler 70 miles on 14th August ,vel 1141 also winning the first nine positions in their section 2079 birds and first three positions in Open 3,669 birds.

The R Telfer & Son Trophy for best average in the Centre section over seven races with 9,766 birds competing.

Barclay snr and jnr have made the biggest impact in the federation possible since the Black Jets and the Macaloney partnership, to win five first federation races from seven races is mind boggling results. Especially for their first season racing youngsters. Well done to this progressive partnership. Watch this space for their progression in the federation!

They are simply magic at what they do, easily the best ever to fly a pigeon into Lanarkshire federation!

I have also included some photos of members enjoying Blackpool 2022